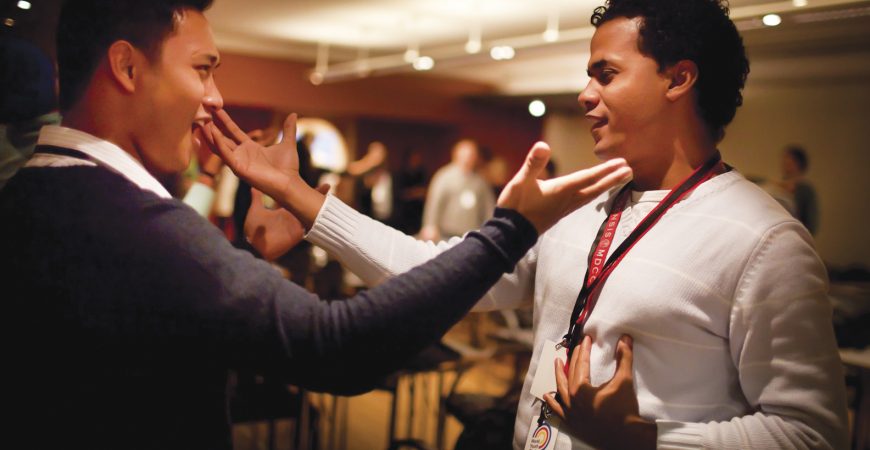 World Youth Choir is an annual state-of-the-art, international music pedagogical and social project, which organizes young singers aged between 17 and 26 from around the world into one big choir.

The 2017 concert tour’s organization rights have been won by the City of Pécs, the Zsolnay Inheritance Handling Ltd. and the CEE Choir Centre, which after organizing Europa Cantat has moved its offices to Pécs.

After an almost 10 days long rehearsal period at Pécs, World Youth Choir will start its concert tour ont he 13th of July at Kodály Centre, then it will give about 8 to 10 concerts in Serbia, Bosnia-Herzegovina, Croatia and Slovenia with the lead of such acclaimed choir conductors as Ken Wakia from Kenya and Zoltán Pad from Hungary.

The choir, which was set up in 1989 and which has earned UNESCO’s “Artist for Peace” title in 1996 has given the opportunity to over a 1,000 singers from more than 65 countries and did that by organizing 35 concert tours, by inviting 46 world famous conductors and by publishing more than 20 CDs and DVDs.
The young and both ethnically and culturally diverse group has toured the world throughout the years and have given more than 300 successful concerts in more than 50 countries.
The repertoire of the concert at Pécs, which will be sang by 55 singers from around 33 countries will be made up of classical and contemporary pieces, as well as African gospels, spirituals, world and folk music transcriptions.

The whole-year-round preparations, the logistical and artistic organization are all done by the tour’s organizing partner ZsÖK Non-profit Ltd. and the European Choral Association – Europa Cantat’s Central and Eastern European Centre. The project is supported by EMMI and Pécs, the urban county’s local government.