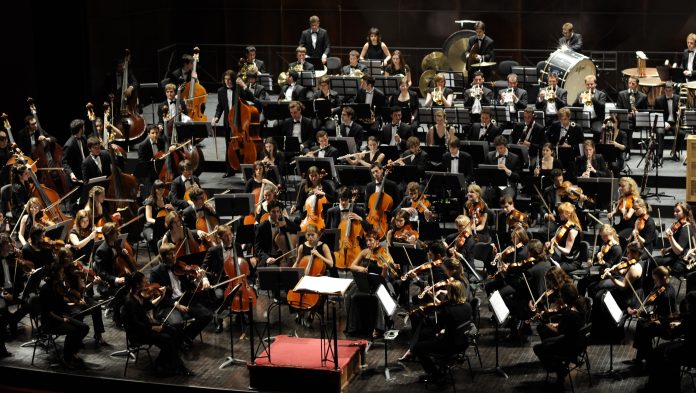 The Gustav Mahler Youth Orchestra (GMJO) invites 16 to 27 year-old young musicians to apply to its 2018 concert tours at Easter and during the summer. The auditions will be held in 25 European cities, such as Budapest.

Day of the Hungarian auditions: 21st of November, 2017

Registration closes two weeks before each of the auditions. The application deadline for the Budapest audition is the 7th of November, 2017. Please register through this link.

The history of GMJO – which operates with the support of the Council of Europe now – started in the concert season of 1986-1987 and was founded by Claudio Abbado. This international youth orchestra was for a long time the first and the only orchestra, where young musicians from Eastern and Western Europe could play together.

The orchestra will be holding two tours during 2018, one during the Easter break and the other one during the summer. During the summer session, those chosen from among the 2000 applicants will be able to play with such names as Ingo Metzmacher, Jean-Yves Thibaudet or Valérie Hartmann-Claverie. Following the rehearsals at Bolzano, the tour’s main performances will be at the Elbphilharmonie at Hamburg, the Teatro alla Scala in Milan, the Beethovenfest in Bonn and the Dvořák Festival in Prague.