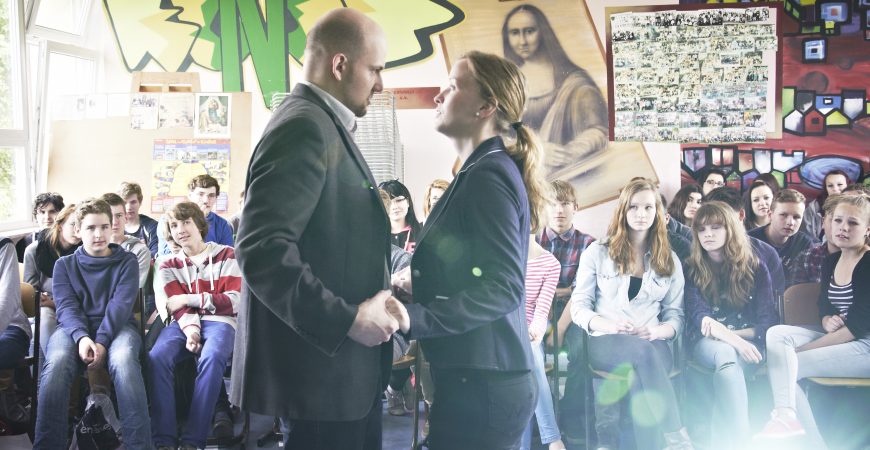 It was the third time since 2015, that with the help of the local government, we were able to take our “Animalishly cool music” and “Could be loved” programs to the 9th district’s schools in Budapest. The teachers already greeted us as good friends and it made us very proud, that in many places the kids invited each other to our performances, they suggested to each other to come and see us, so they expected us and were obviously very happy for us to come back again.

At the elementary schools the subject of our performances were animals: the lessons were about impersonating cats and dogs through music and we not only showed them the classical music’s descriptive power, but played some musical games with them and held a give-it-a-try instrument show for the youngest ones, aged 6 to 10. The lessons were held by Boldizsár Kiss, who works with the Opera House’s Children’s Choir.

The high school aged teens first saw a lecture, that was something like a crossover between an opera and something like a performance dealing with classical music’s stereotypes, trying to bring down the traditional beliefs that surround opera. The second time we performed them Don Giovanni and tried to validate with them the authenticity of the previous lectures’ learnings.

We boosted both age groups’ performances with interactive, musical add-ons and used some pedagogical drama methods to make them more enjoyable and digestable. The first age group’s performances were about 45 to 60 minutes, while the second age group’s lectures lasted about 80 minutes.